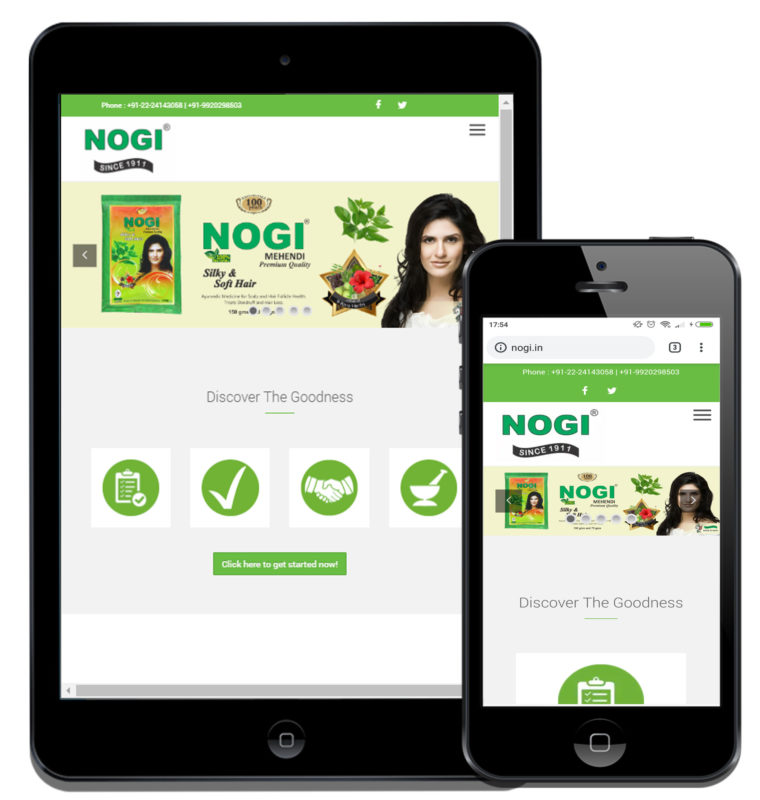 Nogi and Company was established in 1911 by the late Ganesh Balkrishna Vader. Legend goes that the young Ganesh, enthused by patriotic fervor, asked his guru, Shri Satam Maharaj how he could contribute to the fledging Independence movement. Shri Satam Maharaj laughed, and picked up a piece of charcoal lying nearby and threw it at Ganesh, saying,

‘Do something with this that will reduce our dependence on foreign imports, while giving Indians a good, quality product for their daily use.’ Thus was the popular mass-market ‘Bandar Chhaap Kaalaa Dantmanjan’ (MBBTP) born. Today the third generation of the family is at the helm, with the same dedication to quality, locally sourced ingredients, and small batch production methods

Have a digital requirement for your organisation?
Get in touch with us